Funny title and absolutely no idea where it came from. Could be that it is a simple block and the life of a king often seems so simple... 'Do what I say or off with one's head!

Pick up your free block here with the coupon code BOM4Me
Posted by cinzia at 10:52 AM No comments:


I am positive that everyone knows the origin of this block title. Raconteur is actually just a large version of the traditional Grandmother's Flower Garden ...with a few extra pieces thron in for excitement.

Pick up your free block here with the coupon code BOM4Me 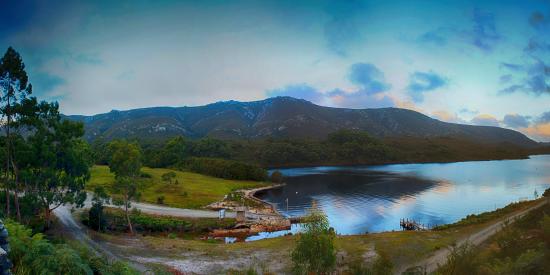 Well trip has been good so far .... apart from a three hour plus detour today. Our plan for today was a three to four hour drive from Pedder Wilderness Centre in Strathgordon to Queenstown. Via direct route this looked pretty good. As we were driving along we kept passing these tiny A3, or A2 size max, signs saying the road will be closed for varying times on different days along the stretch. This didn't worry us as the first date was next week.

Anyway we did a bit of sightseeing at a hydro power station along the way and then just after 1:00 Paul took over for his turn.... 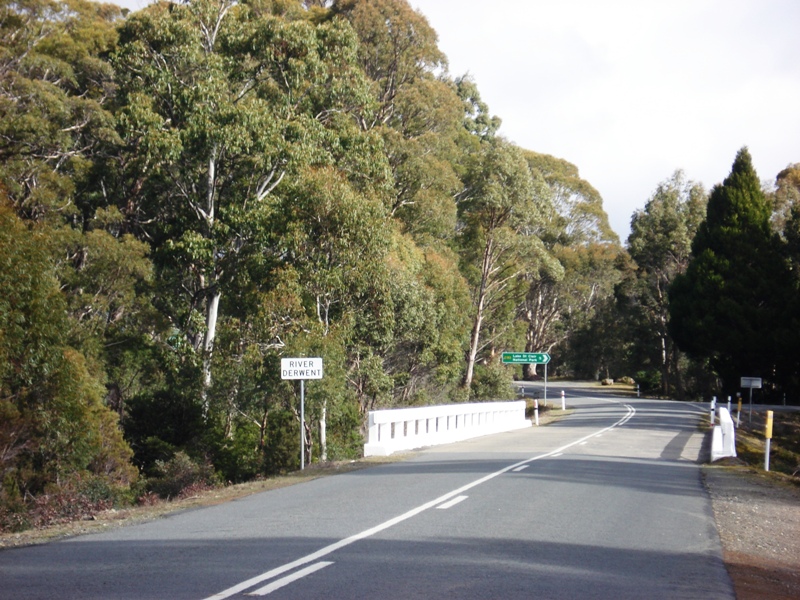 We then drove 45km to a spot about 2km before Derwent Bridge where we encountered a road closed sign with no indication of alternative route. Backtracking a short distance and then taking a left turn along a road we knew was wrong we found a sign telling us that the detour we needed was back the way we had just come, no indication of how far we needed to travel to reach the detour.

So we returned looking for the indicated road, called 14 Mile Road. After more than 20km we figured we had made an error as we hadn't yet encountered any roads coming off our road, did another Ueee and headed back to the road closure. At that point we figured we would follow the wrong road and ask at the next town, 400m by signage but closer to 7km in actual fact.

At the town we were told yes we had to return to the hydro power station....45km back mind you .... and then a few more kms beyond that where we would find 14 Mile Road. So back we go .... again!

At the hydro power station we again ask directions and are told to look for sign saying Laughing Jack Lagoon. Good thing too because the sign saying 14 Mile Road was just a normal street sign in the middle of nowhere! At least Laughing Jack Lagoon was a big sign. Oh and nothing to tell us that we needed to take this road as the main road was closed. 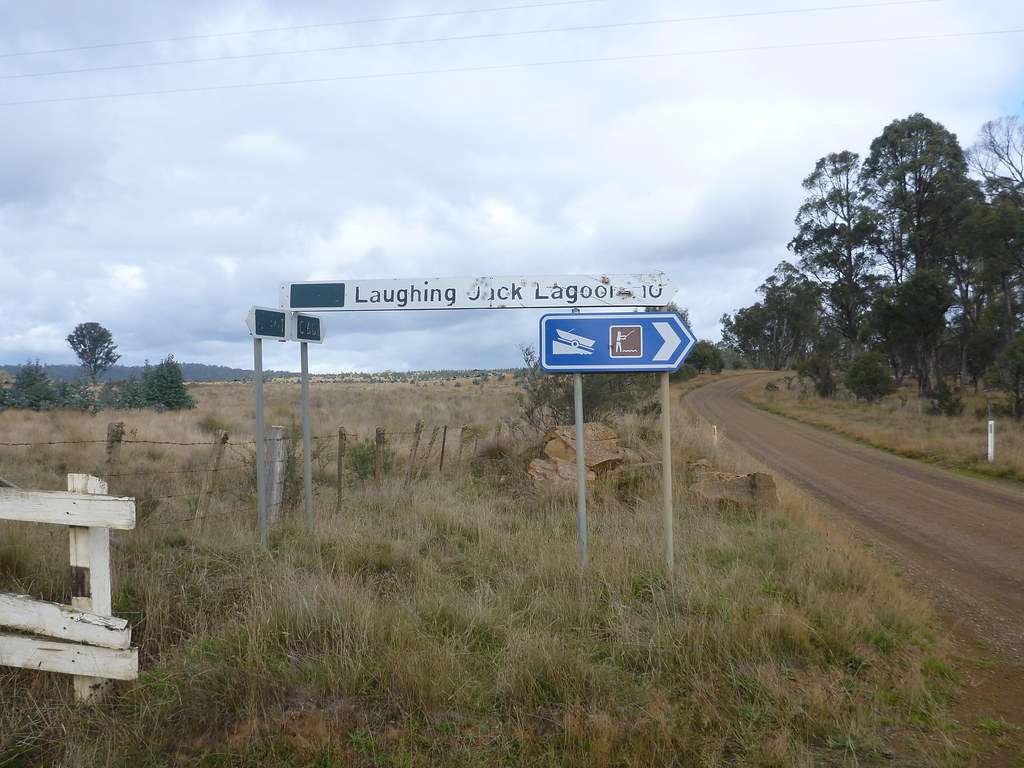 We are then heading along a one lane dirt road. Note this is the only detour road for the main highway. It is also the road that the loggers with HUGE trucks loaded to the top with logs are SPEEDING along in the opposite direction! 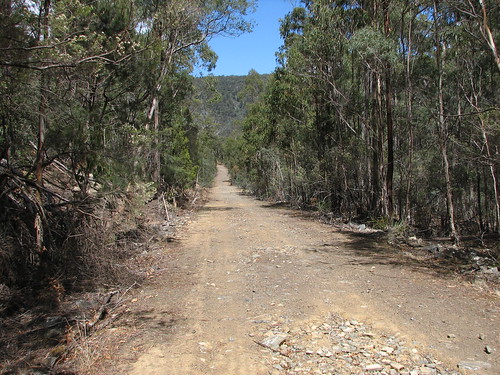 Saw one fellow going in opposite direction in a tiny car pull over to allow some idiot in a 4WD to overtake then he slowly pulled out to follow. A few corners later was where we passed the logging truck flooring it heading in same direction as the tiny car. We were lucky we just stopped and waited for it to pass but that poor fellow would have scored the shock of his life when he saw it in his rear view mirror! He would have been sweating over the road closure for sure! Anyway we continued along the dirt road for another twenty or so minutes until we came out 7km beyond the road closure. We had travelled over 150km to cover that 7km stretch! Spoke to one guy about the lack of signage and he replied, 'it's Tasmania'

Seems as though they are working their way down our highway. We had just caught up to 'today's' stretch of road. You would think they would work on half the road but not in Tassie, particularly where there are no nearby alternatives! Hey even a sign bigger than a normal street name sign wouldn't hurt. They do get visitors down here!

Fingers crossed for no more detours.


Cinzia
Posted by cinzia at 8:59 AM No comments:

Collection 42 - Where did that name come from?

Posted by cinzia at 1:30 AM No comments:

The beautiful (bella) fabric for this block was given to me by Chris, one of my students several years ago and the name is simply the joining together of the two words.

Pick up your free block here with the coupon code BOM4Me
Posted by cinzia at 10:43 AM No comments:

Collection 41 - Where Did That Name Come From?